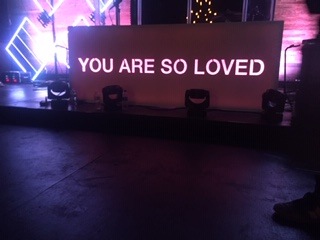 Any weekend morning, afternoon, or evening in Pittsburgh, there are small groups of college students that gather to worship their respective faiths. Each one of these centers of faith worship differently, but all of them are accompanying the small number of young adults that still practice their religion.

These worship centers want to change that culture.

A small building sits near the predominantly Jewish neighborhood of Squirrel Hill where one can find a community of young people giving back to their community during a youth service to educate and promote the Islamic religion.

The Islamic Center of Pittsburgh (ICP) and other worship centers like it have not just been places for members of certain religions, but home to the closing gap of religion among young adults.

In an era where attendance to organized religious gatherings is shrinking, more young adults are continuing to find a way to practice religion, whether it is by attending services from their childhood religions, seeking spirituality in a different kind of practice to express their faith, or to find religion for the first time.

Koshin Yusuf, one of the young adults involved in the youth program at the ICP, is trying to change that.

“One of the programs that we have that is consistent is our Sunday school,” said Koshin Yusuf, one of the young adults involved at the Islamic Center. “We also have the youth leadership program that happens on Saturdays.”

The youth group at the ICP seeks to not only help young adults get more involved, but also to educate outsiders on the religion of Islam through events and tours of the center.

“We held an event called the Stop Bullying event, which was basically an event where a youth coordinator from another organization stopped by to talk to kids about how they could counter bullying in school,” Yusuf said regarding one of their most attended youth events.

“Sometimes we have groups coming in from school who are currently studying something on Islam and they want to come in and actually talk to people who come to a mosque,” said Yusuf.

For him, this place means more than just showcasing the Islamic religion to a predominantly Jewish neighborhood in a Christian city.

“It’s first and foremost a place of prayer, but it’s also a community center. It’s a safe space for (people) to come and have a conversation and get together with friends.”

According to the United Jewish Federation, around 40% of Pittsburgh’s Squirrel Hill neighborhood is Jewish. The Jewish Federation of Greater Pittsburgh has been one of the city’s most involved religious sects, with programs for adults and families.

A map of Jewish Centers around Downtown Pittsburgh in relation to the ICP.

Pittsburgh native Miracle Brocco, a student at Millersville University, says that the Jewish faith isn’t as prominent in reaching out to college students.

“A lot of that is because it’s an inclusive and close-knit community,” she says.

The community was brought together in the past couple months after the shooting at the Tree of Life Synagogue that left 11 dead and seven injured. After the shooting, worship centers and churches of all faiths came together to support the local synagogue.

The community was brought together in the past couple months after the shooting at the Tree of Life Synagogue that left 11 dead and seven injured. After the shooting, worship centers and churches of all faiths came together to support the local synagogue.

However, the showcasing of the Jewish faith on college campuses around the country is not as popular as Christian faiths.

“At college we have a campus Hillel (a group of practicing and non-practicing Jewish people), but the only thing it’s ever offered is a Hanukkah candle lighting ceremony.”

Brocco says that when she returns home, she celebrates on her own, within her family, or even over FaceTime.

“My Jewish friends and I celebrate holidays together and my goyim (non-Jewish) friends are always super supportive,” she says.

In the Strip District of Pittsburgh, a small building was converted into a Christian Church – one of the largest college congregations in the city.

Amplify Church is usually filled with young people on a Sunday evening. It is there where a rock band can be heard playing worship music and young people can openly express themselves.

Joshua Clear, one of the youth pastors at Amplify Church, said he got involved in his faith by attending a youth retreat.

“I went, begrudgingly, and I was angry and upset” said Clear.

He said he was the kid who sat in the back and didn’t connect before the retreat.

“I just met Jesus that weekend. And I wanted nothing to do with that before then.”

After his experience, Clear knew he wanted to give back by being involved in ministry, particularly for the youth. He worked at a church in Atlanta, a Presbyterian church, a couple non-denominational churches, and finally landed at Amplify.

He can usually be seen at any given service giving a sermon on stage. If he’s not speaking in front of a crowd, there is usually a crowd gathering around him. Clear makes it a point to know everyone who walks in the door at Amplify.

He wants them to continue to come back.

Around 37% of people surveyed by the Pew Research Center say they dislike religious services, such as church, and cite that for why they are not in attendance.

“The biggest thing I’ve always done is say ‘how can I create church for people that don’t want anything to do with church,” said Clear.

Others like Andy Brunette, a 22 year old living in Pittsburgh, said that the services at Amplify have changed him.

From the sermons that go into the Old and New Testaments, Brunette believes that the church does a great job at promoting the Bible and making it a fun learning environment for people wanting to stay close to God.

“I don’t think it’s specifically the church itself that changed me, but it’s the people in the church,” said Brunette.

Amplify has a younger demographic that they reach out to, with additional services at Duquesne and Point Park University to reach out to the college-aged adults.

He also says that Amplify does a good job of ‘plugging’ people in to the church once they start attending. They do this by making it a community and keeping a constant conversation among members before and after services.

Before any given service, members can be seen setting up chairs and asking others how they could help. After the services, students may spend up to an extra hour talking to other students from universities around Pittsburgh while encouraging new members to keep returning.

Other Christian churches in the area have struggled to retain the college student crowd.

“The interesting thing is that while we started as a church focused on young adults and college kids, we have hardly had any college kids (recently),” said Jeff Eddings, Pastor of Hot Metal Bridge Congregation.

The South Side church is connected to both the Presbyterian Church USA and the United Methodist Church, making it a place of worship for multiple religious sects. However, the community has struggled to retain new members.

“We still have young adults participating in our community, but we are not intentionally doing anything programmatically for them or to intentionally reach them,” Eddings said.

For other churches, programming is one of the biggest things to get students involved.

Like the ICP, Amplify tries to get the word out to their community by visiting college campuses weekly during the fall and spring semesters.

“Instead of making students come to us, we try and come to them,” said Sarah Pais, director of the U at Point Park – a branch of Amplify Church’s youth outreach.

By traveling to different campuses and holding ‘RIOT’ events in which the church’s band plays for a crowd of college students, the church has been able to grow.

“It’s been successful so far. We just want to create an environment where everyone feels welcome no matter what (they) believe.”

The church also has the U at Duquesne, IUP, Pittsburgh East, and at City, which is their Strip District location.

These locations serve young adults, specifically college-aged students, and basically bring church to a different location. At the services, there is a sermon and prayer sessions as well as an intertwining of college campuses.

“We don’t really want to shove Jesus down their throats, we kind of just want to present the ideas.”

Pais says this concept has proven successful because people don’t feel pressure to commit to a religion. By coming to the students, the church has acclaimed their audience.

According to the Pew Research Center study, one in four Americans have not found a house of religion they enjoy, and 14% say they do not feel welcome at particular religious services, which is why Amplify goes to these campuses and travels to different locations to talk about Christianity and the Bible.

“I believe a lot of young adults now, when they were kids when they went to other churches and it was so strict,” said Perumal, who grew up in a Christian-Hindu household.

“People treated churches like a country club. Everyone is all high and mighty like ‘hey, I go to church, respect me,’” he added.

Perumal explains that churches today should be more welcoming rather than excluding, citing that a communal environment has helped him more than it being an individualistic environment.

Being in an environment where young people are encouraged to attend events, like at Amplify and the ICP, is crucial to keeping the churches open to everyone.

“(Churches) should be more of a hospital, where people go for healing and support.”

He added that he is not talking down to other churches, but they do not touch on the subject of people being forgiven for their sins.

The Pew Research Center cites that 66% of those who attend church at least once a month go to find comfort in time of trouble, so when they are not feeling they are going to a place of healing, it can be disheartening.

“We raise up people within our church to start serving, start loving on people, and start showing that grace that has been given to them,” said Clear.