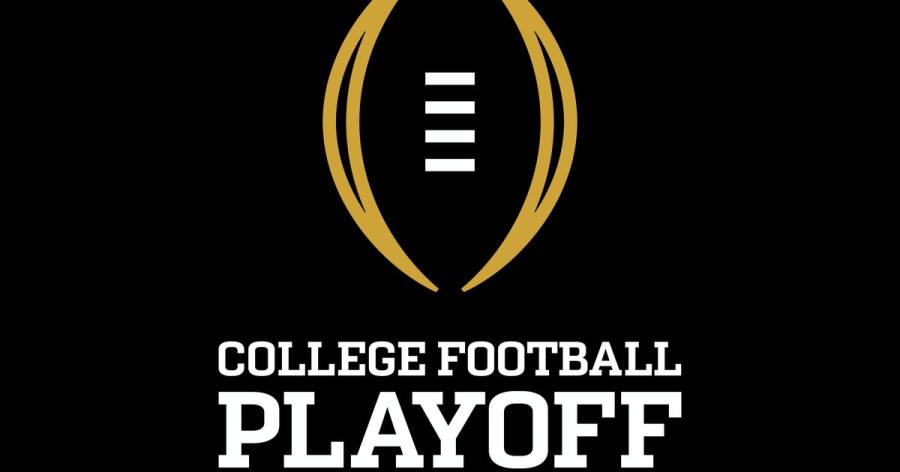 An upset-minded Purdue took down another top-five team in Michigan State; they’ll get Ohio State in Columbus on Saturday. In a week where nobody in the thick of the playoff race – outside of Georgia – looked like they wanted a spot in the College Football Playoff (CFP), it looks as if the postseason race has dropped a lot of contenders out. Boise State’s clobbering of Fresno State probably eliminated them completely from New Years’ Six contention.

Let’s run through the CFP Eliminator criteria before breaking down the national landscape:

CONTROLLING THEIR OWN DESTINY (4 TEAMS)

Georgia is the strongest team in college football right now. Not that they will, but if they were to lose, they would still find themselves in the CFP conversation. For the sixth time this year, their defense allowed seven points or fewer in dominating fashion over Missouri, 43-6. Tennessee and Georgia Tech are the only remaining threats on the schedule for the Bulldogs, but they have the SEC East locked up.

Bama’s six-point win over LSU was just one of the many close calls that teams in the playoff hunt experienced in Week 10.  QB Bryce Young (24/37, 302 yards, 2 TD) didn’t hurt his Heisman chances, but it is clear that there are some struggles that Arkansas and Auburn can take advantage of down the stretch.

The Michigan State loss certainly helped the Ducks, who took down Washington 26-16. The remaining opponents for Oregon all have winning records – Washington State, Utah, and Oregon State. The Pac-12 Championship doesn’t look like it’ll be a ranked opponent as Oregon’s only ranked win right now is Ohio State, which should keep them above the Buckeyes until further notice.

Ohio State escaped a Nebraska team that has one-possession losses to three top-ten teams in Oklahoma, Michigan State, and Michigan. QB CJ Stroud (36/54, 405 yards, 2 TD / 2 INT) struggled against the Cornhusker’s defense but was able to pull away for the win. With Purdue, Michigan State, and Michigan still on schedule, the Buckeyes will have multiple opportunities to impress the committee. It’s simply – win out and you’re in.

WILL NEED SOME HELP IF THEY WIN OUT (6 TEAMS)

Purdue’s thumping of Michigan State pushed them out of controlling their own destiny in the CFP race. With Ohio State and Penn State still on slate, there are still opportunities to impress the committee. RB Kenneth Walker III (146 yards, 1 TD) played well, but a classic Boilermaker upset consisted of the Spartans playing catch-up all game.

Cincinnati escaped Tulsa on Homecoming with College GameDay in town. QB Desmond Ridder (3 total TD) almost gave the game away in the fourth quarter by fumbling in his own five-yard line. The Bearcat defense played tough down the stretch, but CFP hopes were greatly diminished with SMU losing to Memphis.

Oklahoma had a bye last week and has to get through Baylor, Iowa State, and Oklahoma State before a rematch with one of those teams in the Big XII Championship. It’ll be interesting to see how the committee views an undefeated Sooners squad compared to a Cincinnati or one-loss champion in another conference.

Michigan clobbered Indiana before their noon matchup with Penn State on Saturday. With Ohio State to close the season, there is still an outside shot that the Wolverines can be playing for the Big Ten Championship. RB Hassan Haskins (168 yards, 1 TD) leads a run-heavy offense into the final stretch of the season and a shot at the postseason.

Oklahoma State and Oklahoma are still on a collision course to close the season; they can potentially meet in two straight weeks if the Cowboys can get by TCU and Texas Tech. The defense has looked impressive all season, never allowing more than 24 points in a game this year. By winning out, there is a legitimate shot that the Big XII can sneak into the playoff, but they will need some help.

Wake lost to UNC in a shootout, 58-55. QB Sam Hartman (25/51, 398 yards, 5 TD (2 rush) / 2 INT) pushed his Heisman chances. This week’s game against NC State should decide the Atlantic Division, where they’ll likely meet Pitt for a NY6 bowl bid. A playoff spot is not out of reach, but it isn’t looking likely.

CHAOS WOULD HAVE TO OCCUR (1 TEAM)

The Irish handled Navy, 34-6, behind an efficient game from QB Jack Coan (23/29, 269 yards, 1 TD). The Irish will continue to move up but be subjected to a lower ranking thanks to their home loss to Cincinnati. Right now, the shaky conference play from top-ten teams is what Notre Dame needs to root for ahead of their final three games against Virginia, Georgia Tech, and Stanford.

WOULD NEED TO BE A TWO-LOSS CONFERENCE CHAMP (6 TEAMS)

It’s not over yet and as far as two-loss conference champions go, Texas A&M would have the best case out of any team if they can win-out and Alabama can find a loss (either to Arkansas or Auburn). With Ole Miss and LSU still on schedule, the Aggies will have to take care of business first.

Baylor has had a good season so far, and the Big XII title is still not out of reach if they can continue to rely on the ground game of RB Abram Smith (1,055 yards, 11 TD). A CFP spot is extremely out of reach, but chaos could still occur as the November slate is destined for losses in other conferences.

The win over Liberty helped and QB Matt Corral (20/27, 324 yards, 1 TD) played a clean game. Texas A&M, Vanderbilt, and Mississippi State are still on schedule, but the Rebels will need additional assistance to make the conference championship game. Alabama and Auburn both claim tiebreaker in a competitive SEC West.

Wake Forest, Syracuse, and UNC stand in the way of the Wolfpack making the ACC Championship game. That schedule will be tough enough to make them one of the better two-loss teams heading into championship weekend. Right now, they would probably meet want to meet a ranked Pitt team in that game.

Pitt’s losses are questionable for a Panthers squad that has looked like a top-15 team at times. A big win at Duke behind QB Kenny Pickett (28/43, 416 yards, 4 total TD) keeps them in the lead of the Coastal. UNC, Virginia, and Syracuse stand in the way of a shot at the ACC Championship.

Iowa doesn’t control their own destiny in the Big Ten West – that honor belongs to the Badgers of Wisconsin. The Hawkeyes are unimpressive, dull, and prone to random close-games and losses. Minnesota, Illinois, and Nebraska are three of the most frustrating teams to play in the Big Ten to close the year.

G5 & INDEPENDENTS WITH AN OUTSIDE SHOT AT A NY6 (6 TEAMS)

BYU plays Georgia Southern and USC on the road to finish out a strong season, but a playoff spot is pretty much out of reach. Two losses and no conference championship to play for won’t be enough for a CFP bid, but the committee hasn’t ruled out a NY6 spot thanks to the Cougars’ surprising ranking.

It’s been a historic season for the Roadrunners, who took down 6-3 UTEP behind QB Frank Harris’ four touchdowns. They are undefeated and have an outside shot at a NY6 if they can beat UAB (the last remaining opponent with a winning record) to take the C-USA West Division.

Houston’s offense is electric (39 PPG) and they are the last remaining hope for Cincinnati to play a ranked team in the American if both reach the conference championship game. Winners of eight straight, the future Big XII-member Cougars can still make it to a NY6 bowl if they win out.

The Ragin’ Cajuns dismantled Appalachian State in mid-October; that is by far their best win of the year. With Liberty still on the schedule and the possibility of facing App State or Coastal Caroline for the Sun Belt title, this is a team that can make a case for themselves in the NY6 bidding.

SDSU remains atop the Mountain West… um… West Division…. This weekend’s game against Nevada (7-2) will decide that division. A 17-10 victory of Hawai’i keeps the Aztecs ranked as one of the highest Group of Five teams, and Fresno State’s blowout loss to Boise only helped their NY6 chances.

The Chanticleers are without star QB Grayson McCall, but a balanced triple-option attack was good enough to beatdown Georgia Southern, 28-8. They need App State to drop a game to South Alabama, Troy, or Georgia Southern to get back in the conference championship mix.