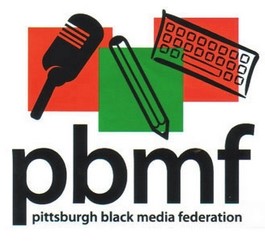 PITTSBURGH – At the peak of the Black Lives Matter movement Wesley Lowery started looking at the rates of police shootings where he found huge discrepancies in the numbers that were actually being reported.

Lowery and fellow Washington Post writer Keith Alexander followed the story to find out why police shootings were not accurately being recorded in police databases.

At the end of their 2015 investigation, the two won a Pulitzer Prize and recently spoke at Point Park University to talk about their findings at the Pittsburgh Black Media Federation’s Press Forward event held on September 21.

The event featured many media leaders around Pittsburgh to talk about diversity in the newsroom, where white newsroom workers greatly outnumber black workers.

The first panel discussion involved PBMF members Dr. LeTrell Crittenden and LaMont Jones Jr., who talked about the findings of the lack of diversity in local Pittsburgh media with Tené Croom, who moderated.

“What is so important about diversity?” she asked.

“Diversity in newsrooms is only around 17%,” Crittenden added, “the Pittsburgh media area is one of the least diverse in the country.”

The second panel discussion included panelists from many areas of Pittsburgh media, including Washington Post writers Wes Lowery and Keith Alexander, to talk about the importance of fixing the diversity gap.

“We should not wait for a mass shooting in Wilkinsburg to find a positive story in Wilkinsburg,” said Scott Trabandt, managing editor at WPXI.

Trabandt went on to express how the coverage of black communities (like Wilkinsburg) need to be more focused on positive stories, which means the hiring of black newsroom workers to shed light on those areas.  Trabandt said that WPXI is taking measures to hire people of color in their newsroom.

“We’ve taken steps to spend time in the communities.  We go to where they are,” added Kristen Doerschner, assistant managing editor at the Beaver County Times right outside Pittsburgh.

Moderator Harold Hayes explained how shedding a positive light on these communities would benefit them greatly, since it seems as if they only get negative coverage from the media.

“Sometimes the headline is all someone will see of a story,” said Hayes.

Sometimes a negative headline and a location is all that people view, the panel discussed, even if there are positive stories to be told in those communities.

“We wanted to figure out how and why these people were being killed by police,” Lowery told the panel at Press Forward, “the government has no record of how many people are killed by police.”

After Lowery and Alexander realized the police shootings in the U.S. were not accurately being recorded in police databases and federal records, the two did what any good reporter would do – they took to Google.

“We would methodically search Google every day to see who was killed by police,” Wes explained.

The Washington Post team put people in positions to search Google daily to help develop the story, and the findings were staggering.

Lowery and his team found that more than double the number of police killings had occurred in 2015 than what the police databases and federal government had on record.  They found that almost one thousand people were killed by police last year compared to the under five-hundred that were on record.

Their findings also resulted in a big difference between the killings of white and black males in the U.S. by police officers.

After publishing their findings in the Washington Post – and later winning a Pulitzer Prize –  the Black Lives Matter movement took off with the statistics about unarmed black males being killed by police officers at such a high rate.

“Our job [as reporters] is to be a voice for the voiceless and we hold the powerful accountable,” Alexander proclaimed.

Lowery said that they hope the data can be made into public record, but until then the data on recent police shootings can be found on the washingtonpost.com.